Our CyberRisQ module is an innovative and effective tool for detecting fraud in bank transactions. CyberRisQ uses big data and machine learning and can be seamlessly integrated into the bank’s -lines-of-defense risk governance.

Global cybercrime losses are estimated at $ 6 trillion in 2021. Part of this are fraudulent transactions (payment fraud) where money is stolen by manipulating people or data theft.

Current and future regulations require effective cyber risk strategies as an integral part of a bank’s processes. The level of trust that customers have in their bank can be significantly affected by fraud cases which can lead to reputational damage.

CyberRisQ integrates customer, transaction, and behavioral data and combines these with our mature machine learning algorithms to models that are based on each customer.

In contrast to rule-based systems, the machine learning-based systems of swissQuant Group have a significantly higher performance in fraud detection while simultaneously controlling false alarms – the additional expenditure of manual work is reduced. Additionally no more manual entry of new rules is required, because the system is self-learning. 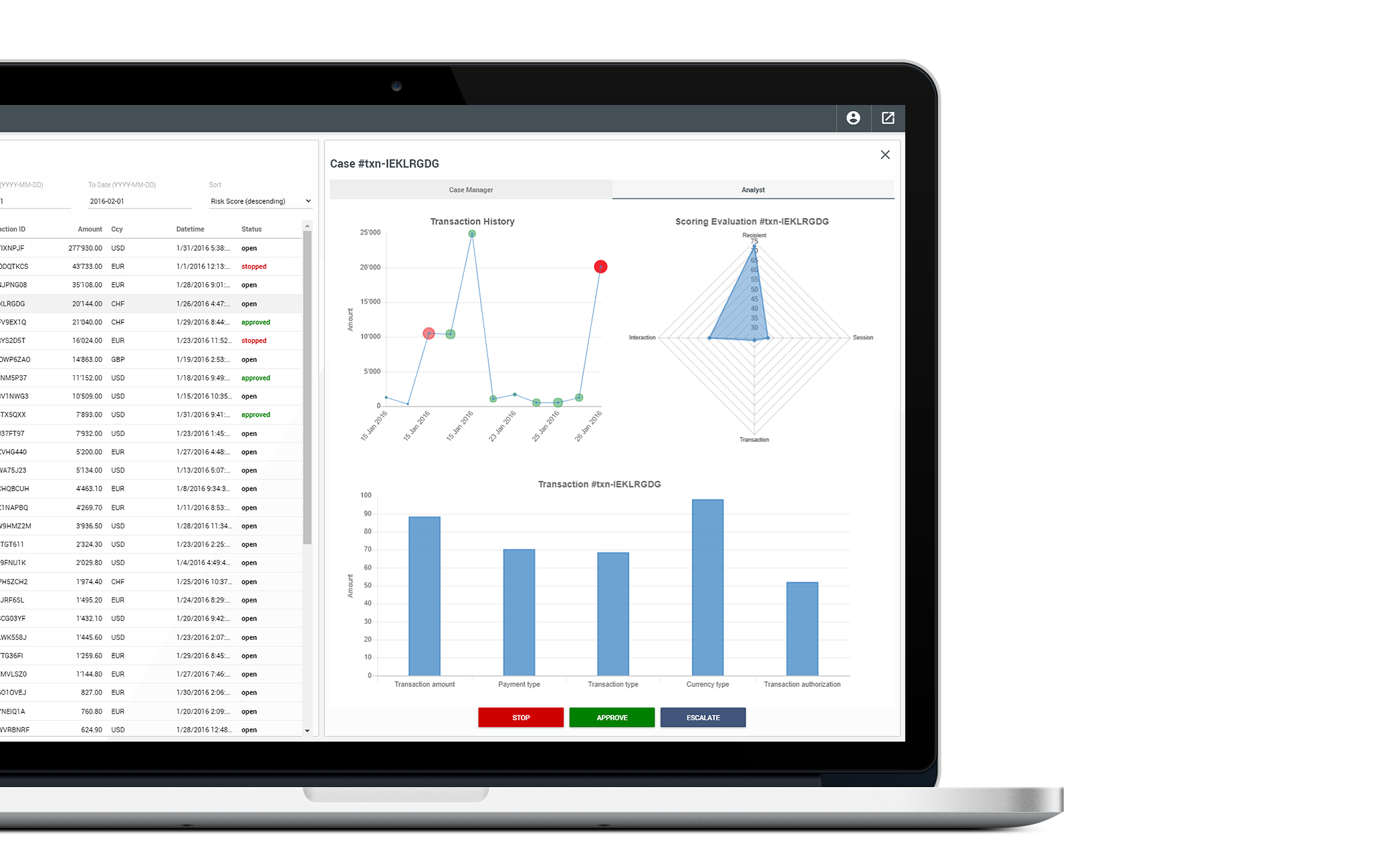 Benefits for the bank

Customer Marianne Bühler would like to transfer CHF 200 in her online banking.

Through malicious software, Ms. Bühler is guided to a fake bank login site. The fraudsters read the login information and confirmation codes and use these to gain access to Ms. Bühler’s real online banking account.

The fraudsters arrange a transaction of CHF 7800 to an inconspicuous Swiss interim account.

CyberRisQ compares the transaction in a split second to the behavior and transaction history of Ms. Bühler. Because Ms. Bühler regularly transfers larger amounts to her daughter, the amount of CHF 7800 is not unusual. However, the inputs into the online banking system are not according to the usual sequence.

The relationship manager stopps the transaction in the CyberRisQ user interface and documents the contact with Ms. Bühler. The transaction details are used by CyberRisQ for future investigation.

CyberRisQ analyses the payment data and enhances the analysis with client specific additional information from channels such as online and mobile banking. When a fraud is detected, the transaction is flagged and will be parked until the case is managed. The system performs a risk-weighted evaluation of every transaction which avoids high processing costs for small risks, and at the same time minimizes larger risks. Case processing validates the transaction and decides whether to stop or release the payment. The learning and test phases of the system are held outside of payment times. The system is configured in such a way that it can detect fraud (even across banks), but its behaviour cannot be reversed engineered.

If you are interested, we will gladly arrange a non-binding appointment for a detailed product presentation and discussion of your needs.